Some spiders are pretty social:

But about 25 arachnid species have swapped the hermit’s hair shirt for a more sociable and cooperative strategy, in which dozens or hundreds of spiders pool their powers to exploit resources that would elude a solo player…In laboratory experiments, the researchers showed that spiders exposed to the same group day after day developed stronger and more distinctive personalities than those that were shifted from one set of spiders to the next. Moreover, the spiders in a stable social setting grew ever less like one another over time.

In other words, far from fostering behavioral conformity, a predictable social life accentuated each spider’s quirks and personal style, rather as the characters in a sitcom — the Goth girl, the huckster, the lovable buffoon — rise ever more to type with every passing laugh-tracked week.

Equally dramatic was the impact of social conditions on the boldness test. Stable spider groups, composed of six spiders that remained together for up to four weeks, showed the greatest variety between individuals, the greatest mix of bold and shy, as well as the highest individual consistency: The pebble-playing times of the boldies grew shorter while those of the timids lengthened. Among shifting spider groups, by contrast, the boldness scores proved far less predictable, as though the spiders didn’t quite know what was expected of them.

I’ve covered some social aspects of spiders before, though have a more complicated social life. The idea that personality evolves through reinforcing already-existing traits has also been explored a little before.

A common sentiment among scientists is that they find nothing useful in philosophy. Neil deGrasse Tyson is one of those:

It seems like my friend Neil deGrasse Tyson [1] has done it again: he has dismissed philosophy as a useless enterprise, and actually advised bright students to stay away from it. It is not the first time Neil has done this sort of thing…

Neil’s comeback was: “That can really mess you up.” The host then added: “I always felt like maybe there was a little too much question asking in philosophy [of science]?” And here is the rest of the pertinent dialogue:

dGT: Yeah, yeah, exactly, exactly. My concern here is that the philosophers believe they are actually asking deep questions about nature. And to the scientist it’s, what are you doing? Why are you concerning yourself with the meaning of meaning?

Tyson has a bit of a point: the reason that science was initially called Natural Philosophy was because that was where it grew out of. Before we had the intellectual tools (ie empricisim) to perform what we consider “science”, humanity used a lot of logical reasoning to learn about the world. Because it was the best we had! And sure, there are many places that we no longer use philosophy to learn about the world because we’ve got a lot of data. But there’s a lot of other things where we don’t have enough data! And we have to use our reasoning to figure things out. That’s called philosophy.

I was a philosophy major as an undergrad and though much of what I did was not ‘useful’ per se, it was pivotal in teaching me how to think. Personally, I would encourage any scientist to read more philosophy to improve the clarity of their thinking.

This is what friends are for

How many of the stories we tell about Gage are wrong? Well, a metal rod did fly through the guy’s skull but:

The day after his accident, a local newspaper misstated the diameter of the rod. A small error, but an omen of much worse to come…Within a few days, however, his health deteriorated. His face puffed up, his brain swelled, and he started raving, at one point demanding that someone find his pants so he could go outside. His brain developed a fungal infection and he lapsed into a coma…

[T]here’s no record of what Gage did in the months after the accident—and we know even less about what his conduct was like. Harlow’s case report fails to include any sort of timeline explaining when Gage’s psychological symptoms emerged and whether any of them got better or worse over time. Even the specific details of Gage’s behavior seem, on a closer reading, ambiguous, even cryptic. For instance, Harlow mentions Gage’s sudden “animal propensities” and, later, “animal passions.” Sounds impressive, but what does that mean? An excessive appetite, strong sexual urges, howling at the moon?

People butcher history all the time, of course, for various reasons. But something distinct seems to have happened with Gage. Macmillan calls it “scientific license.” “When you look at the stories told about Phineas,” he says, “you get the impression that [scientists] are indulging in something like poetic license—to make the story more vivid, to make it fit in with their preconceptions.”

Apparently there’s a minor industry in academia devoted to modeling rods being blown through people’s skulls. And this author is not impressed with Antonio Damasio.

In the end, I think Gage is a proxy for the idea that changes in the brain can cause changes in behavior: it’s hard to emotionally grasp that we’re controlled by a squishy thing in our skull until you have ‘seen it’.

I am currently in Philadelphia on the first leg of a round-the-world tour, so there will continue to be light posting over the next few weeks. I will be in Philadelphia, London, Bangalore/Chennai/etc, and LA.

I had not spent much time in Philadelphia before, though I am now moving here (!). Being from the West Coast, I was somehow unaware that Philadelphia is the second largest city on the East Coast. Philadelphia is the home to the first medical school in the US, at the University of Pennsylvania in 1765. Interestingly, it is also home to an olfactory institute (The Monell Chemical Senses Center).

The Jasanoff lab has been working on improving MRI for a while, using such cool terms as ‘molecular fMRI’. They are really attempting to push the technology by designing molecular agents to help with the imaging. For instance, they have sensors that can respond to kinase activity or to amines like dopamine.

MRI works by sending powerful magnetic fields at a tissue such as the brain, and measuring the time it takes for molecules in this tissue to ‘relax’ to its previous state. In order to detect molecules such as dopamine, they modified magnetized proteins to bind specifically to those molecules. The relaxation occurs in a specific ‘communication channel’ called T1, as opposed to the T2 ‘channel’ that is used to detect changes in blood flow for fMRI. Since the proteins have different relaxation times depending on whether they are bound or unbound, MRI can be used to measure when there is more or less dopamine in the tissue.

Although I’ve been hearing about these sensors for a few years (the dopamine one came out in a paper four years ago, the kinase one six), I hadn’t seen a paper that really used them until now. The Jasanoff lab has now shown that if you stimulate the nerves that release dopamine, their sensors can indeed detect it. Problem is: they have to inject the sensor directly into the brain. This means, first of all, that they probably aren’t able to measure dopamine activity across the whole brain using this technique. I’m not sure, but I imagine they can image the level of the sensor that is at any given point? But that level is going to affect the signal that they get. Further, someone suggested that because the sensor is large and polar, it’s not going to cross the blood-brain barrier so it’s not a plausible way to image dopamine release in humans. The field will just have to stick with PET imaging for now.

Finally, a personal complaint: they kept claiming they were measuring ‘phasic’ activity of the dopamine (ie, transient). Although they were stimulating the dopamine neurons phasically, I didn’t see any control to measure the tonic level of dopamine! I’m not sure I would have allowed them to get away with that if I were a reviewer. Still, it’s a cool technique that has a lot of potential in the years ahead. It should be exciting to see how it gets developed.

Unrelated, but the Jasanoff lab page claims they are doing MRI in flies. In flies! But I can’t find any papers that do this; anyone know about that?

First things first, this is the most important thing that happened this week (yes, I grew up in Portland).

Francis Bacon: the father of experimental evolution? I often feel like Francis Bacon doesn’t get the respect that he deserves as one of the founders of science so I always like to see articles that pay him his due. “Bacon viewed science not only as a way to study the natural world, but also as a ‘useful art'”

Who pays writers, and how much are they paid?

The continuing evolution of genes. On de novo genes

When does cognitive decline begin? At age 24 if you are talking about Starcraft 2

There are two great kickstarters going on right now that are worthy of funding (note: I am friends with the people running them). OpenWorm aims to simulate a whole animal: 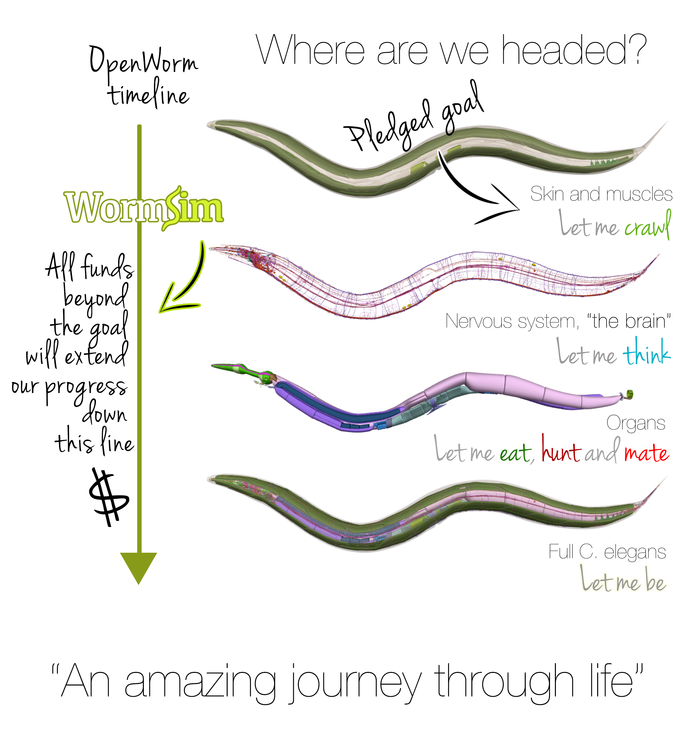 And CleverPet uses ideas from Behavioral Neuroscience to train your pets: 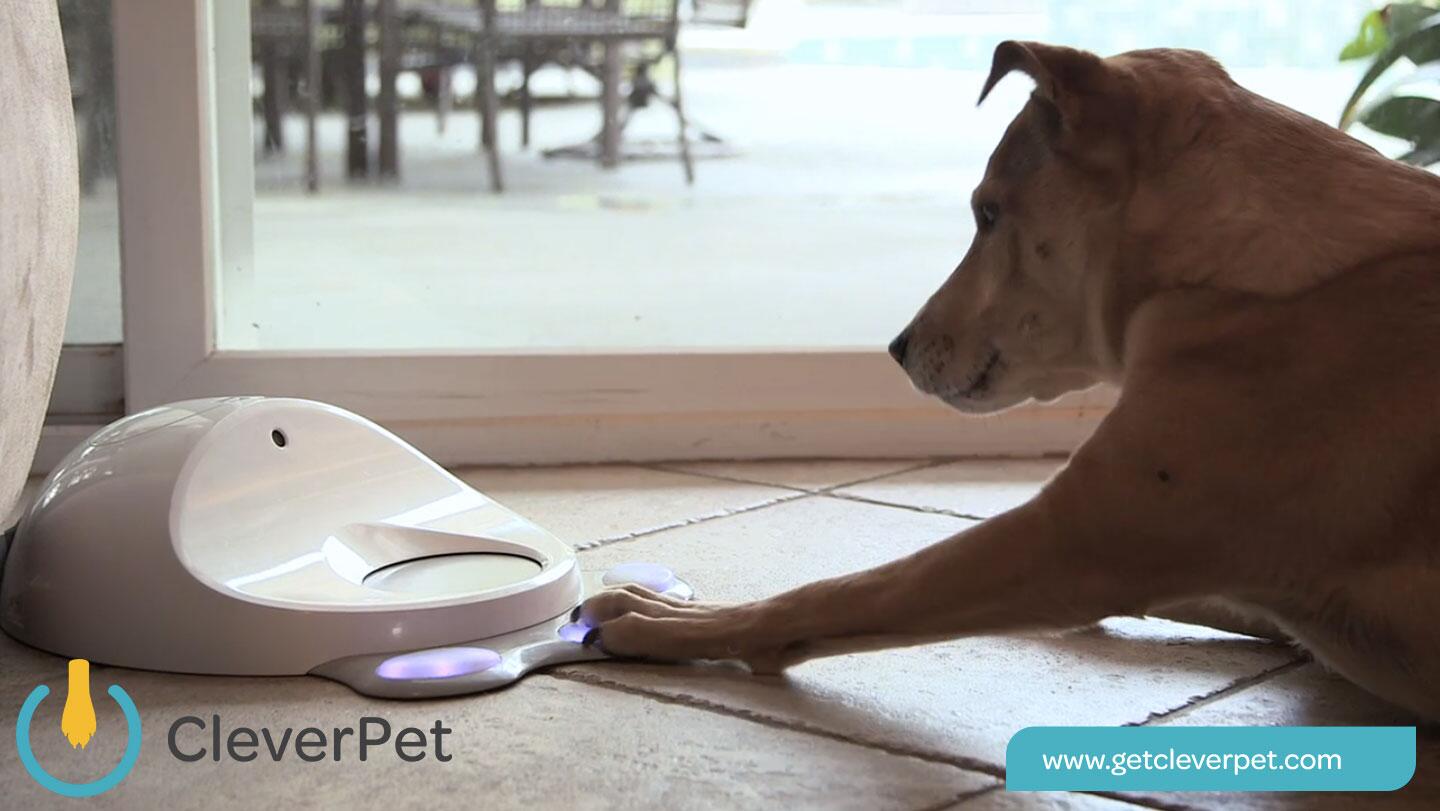 Color schemes for scientific papers. Just remember: never use red and green together if you can avoid it.

Some probabilistic proofs of analytic facts. The math geek in me is lovin’ it.

How did enlightenment thinkers distinguish between drugs and medicines? The painting used for the introduction is worth clicking through for. Quote:

On a fall day in 1689, Hooke ducked into a London coffee shop to buy a sample of cannabis from an East India Company merchant who’d become an aficionado of the plant. Hooke tested the drug’s effects on an anonymous subject and reported that it left the patient ‘unable to speak a Word of Sense’. Despite this, the verdict was good: the consumer was ‘not giddy, or drunk’ and seemed ‘very merry’, laughing, dancing and performing ‘many odd Tricks’. Hooke reported to his fellow members of the Royal Society that cannabis was a valuable sleep aid, and could even ‘be of considerable Use for Lunaticks’. He predicted that London merchants might make a fortune selling it.

Where people live in cities

And finally, my brain, people: