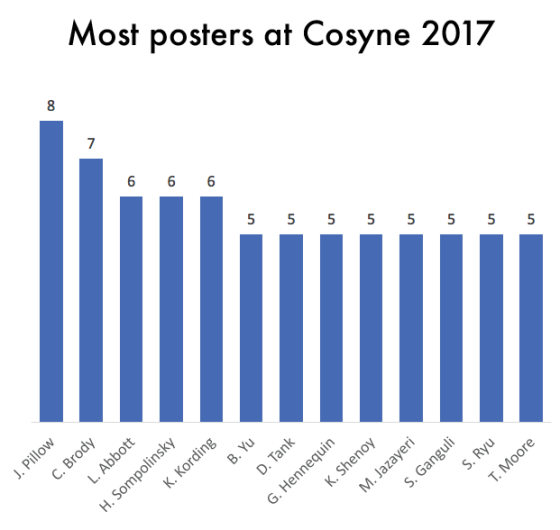 First is who is the most active – and this year it is Jonathan Pillow who I dub this year’s Hierarch of Cosyne. The most active in previous years are: 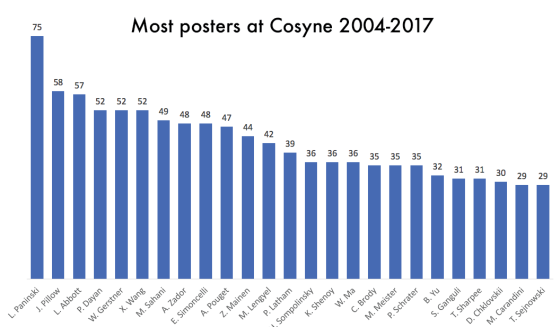 If you look at the total number of posters across all of Cosyne’s history, Liam Paninski is and probably always will be the leader. Evidently he was so prolific in the early years that they had to institute a new rule to nerf him like some overpowered video game character.

Visualizing the network diagram of co-authors also reveals a lot of structure in the conference (click for PDF): 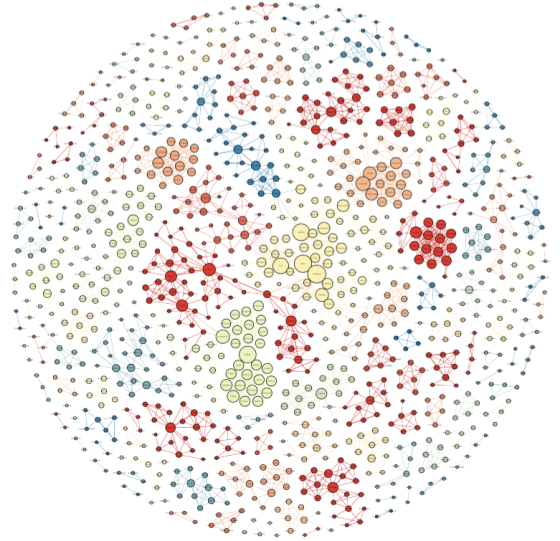 And the network for the whole conference’s history is a dense mess with a soft and chewy center dominated by – you guessed it – the Paninski Posse (I am clustered into Sejnowski and Friends from my years at Salk). 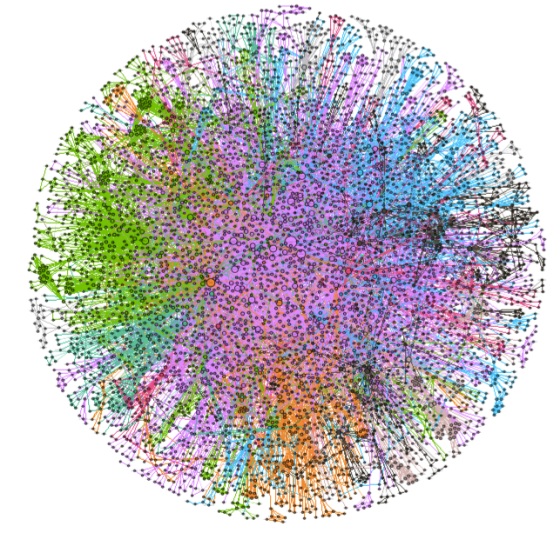 People on twitter have seemed pretty excited about this data, so I will update this later with a link to a github repository.

Speaking of twitter, it is substantially more active than it has been in the past. Neuroscience Twitter keeps growing and is a great place to learn about new ideas in the field. Here is a feed of everyone that is attending that is on Twitter. Let me know if you want me to add you.

There are two events you should consider attending if you are at Cosyne: the Simons Foundation is hosting a social on Friday evening and on Saturday night there is a Hyperbolic Cosyne Party which you should RSVP to right away…!

On a personal note, I am giving a poster on the first night (I-49) and am co-organizing a workshop on Automated Methods for High-Dimensional Analysis. I hope to see you all there!

Update – I analyzed a few more things based on new data…

I was curious which institution had the most abstracts (measured by the presenting author’s institution.) Then I realized I had last year’s data:

Somehow I had not fully realized NYU was so dominant at this conference.

I also looked at which words are most enriched in accepted Cosyne abstracts: 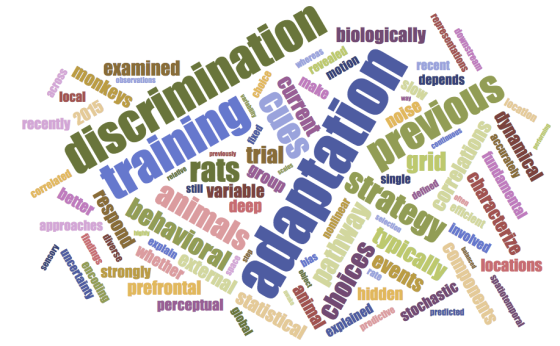 Ilana said that she sees: behavior. What is enriched in rejected abstracts? Oscillations, apparently (this is a big topic of conversation so far) 😦 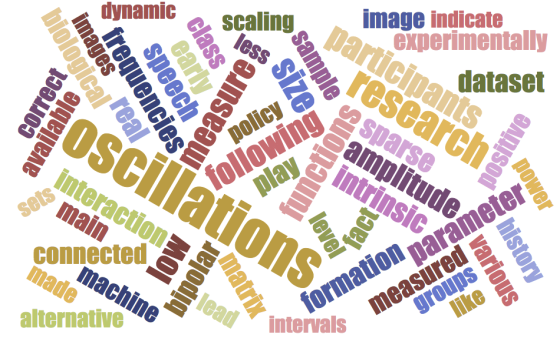 Finally, I clustered the most common words that co-occur in abstracts. The clusters?