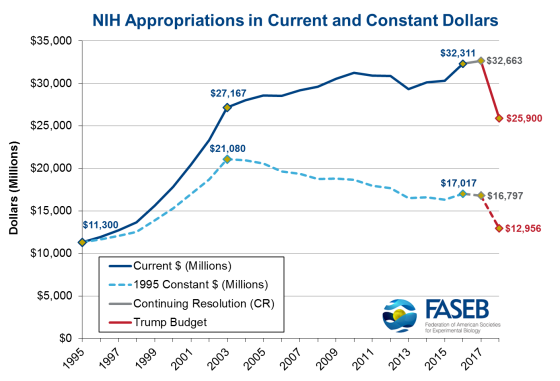 It’s easy to say something like “you can’t put a dollar amount on the value of science” except you can, quite easily. Governments do it all the time! So how much does the US government value science? Look above and you can easily see that, adjusting for inflation, the US government cares less about science than at any time in the last twenty years. But over those twenty years, the population has grown by 20%. 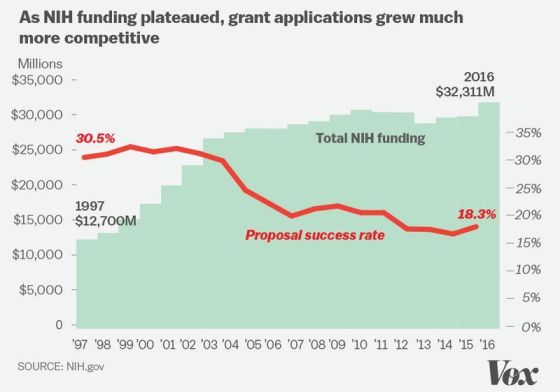 I keep getting told to not worry, science is a bipartisan issue. No one wants to implement Donald Trumps’ total devastation of the science budget. But if the support is so bipartisan, why do I not feel comforted? Why has investment in science decreased no matter who has been in power? Remember these numbers when the budget is passed on Friday; that is how much the government supports you.

For the cost of the F-35 program, we could fund the entire NIH, NSF, and NASA for over 20 years. An entire generation of scientists.

And all that is without getting into the even more direct attacks on science that Trump and people like the chairman of the science committee, Lamar Smith.