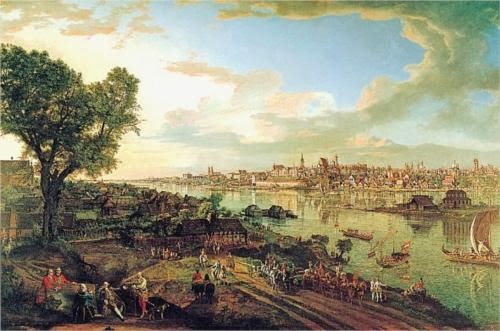 These observations woke new currents in Wokulski’s soul, of which he had not thought before, or only imprecisely. And so the great city, like a plant or beast, had its own anatomy and physiology. And so the work of millions of people who proclaimed their free will so loudly produced the same results as bees building regular honeycombs, ants raising rounded mounds, or chemical compounds forming regular crystals.

Thus there was nothing accidental in society, but an inflexible law which, as if in irony at human pride, manifested itself so clearly in the life of the most capricious of nations, the French!

…And he imagined how it would have been if he’d been born in Paris instead of Warsaw. In the first place, he would have been enabled to learn more as a child because of the many schools and colleges. Then, even if he had gone into trade, he would have experienced less unpleasantness and more help in his studies. Further, he wouldn’t have worked on a perpetual motion machine for he’d have known that many similar machines which never worked were to be found in the museums here. Had he tried to construct guided balloons, he would have found models, a whole crowd of dreamers like himself, and even help if his ideas were practical.

Thoughts on cities, life, and determinism by Stanisław Wokulski (The Doll, Bolesław Prus, 1890.)

I’m finally back from my physical and mental holiday vacation. I read The Doll during this time and am in awe at the collection of insights into capitalism, industry, technology, social status and structures, human life and more. It’s shockingly contemporary and readable, and has to be one of the best major novels of the 19th century – yet is almost entirely unread.

Warning: No neuroscience or ecology or economics, just me posting something I want to save for personal interest. I try to keep this blog relatively on-topic, but hey, it’s the holidays.

I may be a scientist, but my personal interests tend to the philosophy-history-literature axis of things. The problem is, there is always so much to read! Right now I’m on a classic in Polish literature (something I only recently discovered exists).

Here is a list of books that Joseph Brodsky thinks you should read before you can have a basic conversation with him. As an example, here is a personalized reading list:

Simone Weil, The Need for Roots

E.M. Cioran, The Temptation to Exist

Alternatively, here is a collection of syllabi from 10 famous authors. Possibly the best syllabi: